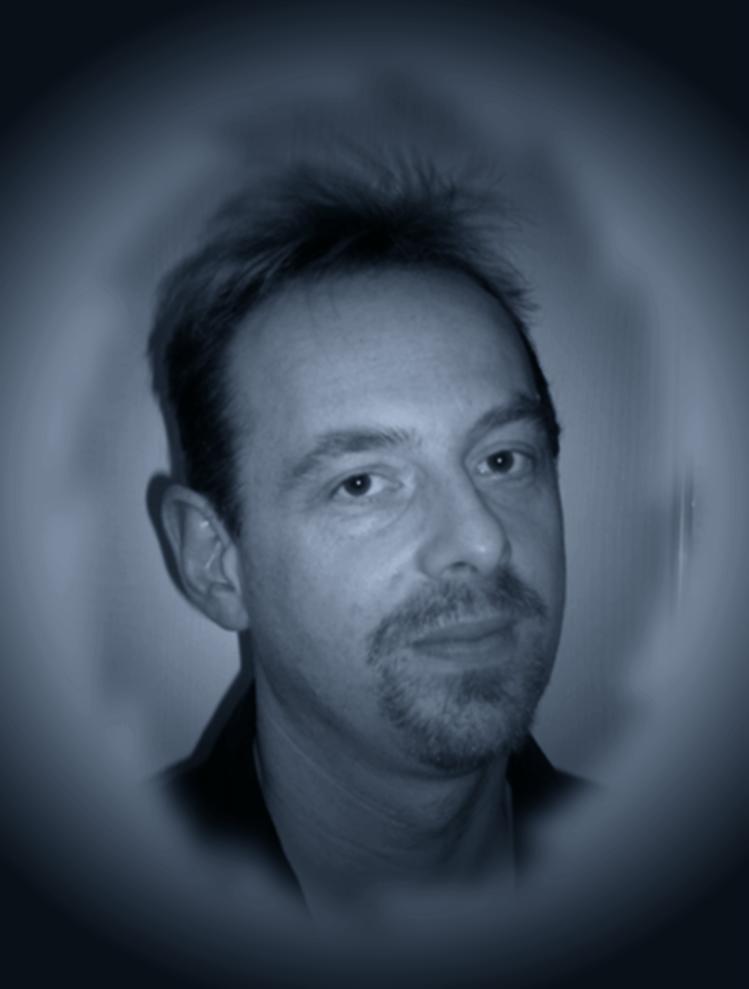 Stuart Neild, son of Samuel and Elizabeth Neild, was born in the town of Northwich, England on a snowy 9th of March 1970.

Aged four he began reading American comic books from DC and Marvel. This was also the time he became a fan of Doctor Who, in the Jon Pertwee era. His interest in Doctor who novels and super hero comics led him to write his own short stories starring his heroes.

After starting school he became interested in the true ghost stories his Gran and Aunt Lil told him. A love of supernatural books followed, mostly of the apparently true variety.

Horror films came next. By the time he'd reached high school, Stuart was a fan of the classic Universal horror flicks, as well as Amicus and Hammer films.

Before leaving school Stuart had already decided he wanted to become a writer. He wrote a couple of stories for Fear magazine although in the end they went unpublished as the magazine folded. These stories concerned a certain ghost hunter called Boag-Munroe.

With no real outlets for short stories, in 1989 Stuart set about writing his first novel, Spring-Heeled Jack. Stuart was aged twenty when his son James was born on Christmas Day 1990, in the middle of the two years it took to write the novel. In 1993 Stuart's first daughter, Jessica, was born, as Stuart was still touting the book around.

Like so many first time novels Spring-Heeled Jack lay unpublished. Stuart turned his attention to the theatre. He wrote seven full plays and seven shorts, and received much encouragement from various London theatres.

In 2002, Stuart attended the premiere of one of his short plays "Old Fashioned Values" at the Daneside Theatre Congleton. 2002 was also the year Stuart's youngest daughter Charlotte was born. The third big event of the year was the writing of a full scale Boag-Munroe novel, A Haunted Man.

A Haunted Man was published by e-booksonline (UK) Ltd on the 25th of July 2004, in paperback and download format. In the run up to the launch of the book and after, Stuart appeared on many north west radio stations and in newspapers, managing to make the full front page of the Northwich Mail and have his first glossy magazine interview with Limited Edition magazine. The book quickly ran up theAmazon UK novel charts and gathered a good number of excellent reviews from such diverse entities as Amazons UK site itself, to various online forums and even Cheshire life magazine.Within a month of publication of the novel, Stuart was approached by the Producer of Simplicity Pictures, Rik Shorten, with a view to making a feature film and possible U.S. T.V. series based on the book and its follow ups.

The contract was signed in November 2004, and the project went into official development with Stuart writing the series pilot and outline for a further twelve episodes.